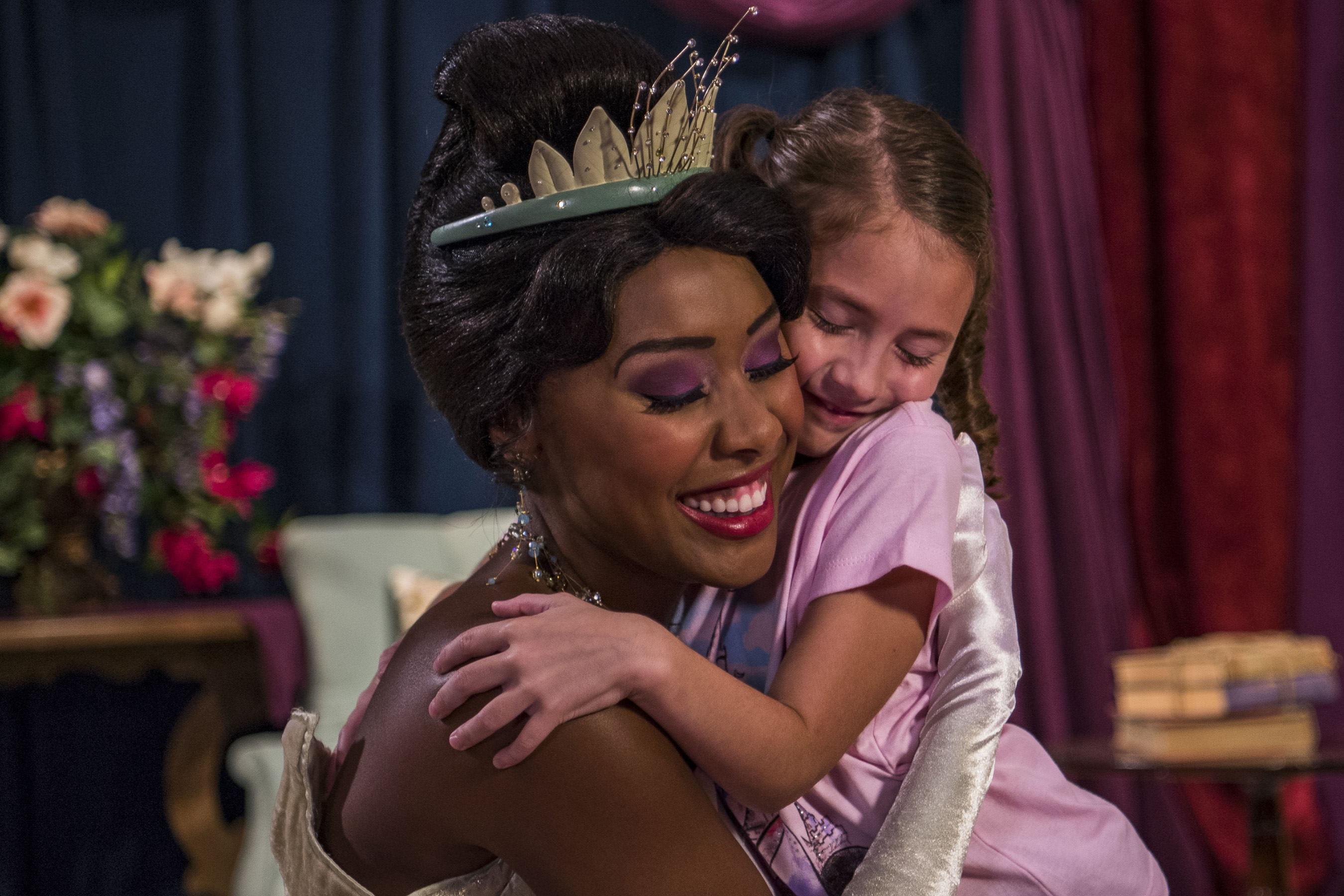 This week at Walt Disney World, social distancing measures are being eliminated from character meet and greets, the last of the theme park mask mandates are being dropped, plus a new restaurant is opening at EPCOT, and PhotoPass is introducing an interesting extra.

Outside of Walt Disney World, Universal Orlando Resort has a refillable popcorn bucket, and SeaWorld has another teaser for its upcoming roller coaster project.

EPCOT’s new Connections Eatery quick-service restaurant is set to officially open to customers next week, April 27, in the park’s World Celebration area. This new dining venue features booths, tables, and bar seating and is located near the Guardians of the Galaxy: Cosmic Rewind attraction. This quick-service restaurant also includes outlets, USB ports, and wireless charging for customers looking for device charging while they dine.

The menu offers standard quick-service items including burgers, chicken sandwiches, pizzas, and salads. Food is served on reusable plates and stainless steel utensils, which should make it a greener choice for guests looking to reduce waste while visiting the park.

This restaurant also has a large Starbucks area inside where customers can order their favorite drinks to take out or enjoy inside.

Although the official opening of this restaurant is still a few days away, this restaurant has been opening sporadically in recent days, allowing some customers to experience it early as part of a soft opening period.

Disney recently shared a first look at the updated Finding Nemo show, Finding Nemo: The Big Blue…and Beyond!, which will open this summer. In addition to introducing new Finding Dory characters and new projection special effects, this show has been confirmed to be much shorter and only last 25 minutes. However, fans of the old show shouldn’t worry too much about the shortened runtime as it’s also been confirmed that many songs and production numbers from the original Finding Nemo: The Musical remain in the new one. version. You can check out a video preview of this reimagined show above.

3. All mask requirements have been dropped at Walt Disney World for the first time since reopening

Disney announced this week that it had dropped the requirement for all guests to wear masks while on transportation systems, which was the last place masks were needed. With the end of this policy, Walt Disney World is now officially mask-free for the first time since its initial reopening in summer 2020.

4. Building walls in Guardians of the Galaxy: Cosmic Rewind