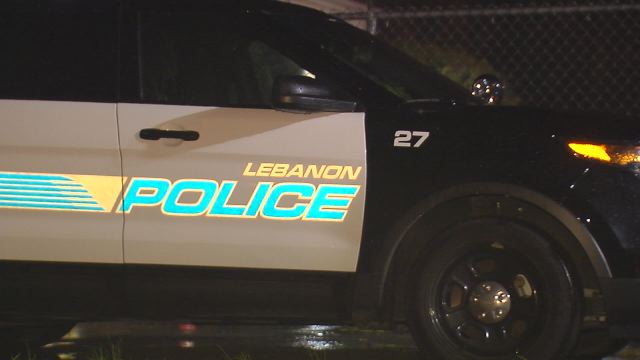 Neighbors nervous after shooting in Lebanon

Fortunately, no one was injured, however, citizens of two neighborhoods are still shaken by the event.

Police say around 7:15 p.m. Wednesday night, a Dodge Charger drove down a quiet street and five to seven shots rang out from a semi-automatic rifle. Several bullets hit a house, penetrating brick and going through windows, walls and even a television.

Police said an unlicensed 15-year-old was the driver and a 13-year-old was in the passenger seat. Who fired the shots is not yet known.

A woman, who did not want to be identified, was inside the house with her grandson at the time of the shooting. She told News 2 it was scary as she and her loved one hit the floor in a back bedroom.

The grandmother said she was on her computer when she heard the car engine roar, then the glass shatter. She said she didn’t know what it was at first.

” I could not believe it. I didn’t know what was going on. It’s a scary situation, you hear that boom and you’re not sure what it really is,” the grandmother said.

Lebanese police were quickly notified and K9 agent Robert Bates spotted the car. He tried to stop the vehicle and the unlicensed 15-year-old took off.

📧 May the breakup come to you: Subscribe to News 2 email alerts →

After a brief chase, the teenager lost control in a tight turn on Floral Drive. The teenager drove through a field, a fence and then blew through a heavy brick letterbox before the car got stuck in a utility pole across the street.

Joseph Seay lives in the house next to this pole. He was watching TV and ran to his porch.

” I go out. Bricks are everywhere. I saw this cop, in front of the post, and a guy jumped out of the car and ran away.

Seay spent several minutes showing News 2 pieces of the broken car that were strewn across the street.

“It’s part of his car here. That’s the lighthouse over there,” he said, pulling a car part out from under a bush.

Police quickly captured the 15-year-old driver who fled after the crash. Lebanese police arrested the 13-year-old passenger in the car who police say was found with a semi-automatic rifle in his lap.

“It’s part of our investigation, the vehicle is registered in mum’s name, she had no idea they were in the vehicle, no idea what they were doing. As for the weapon, we don’t “We haven’t identified an owner. It’s not registered to anyone. Mom has no information about it, it’s not hers, she says, and of course the 15-year-old doesn’t tell us where he got it,” Hardy said.

The teens were each charged with two counts of aggravated assault because there were two people in the house. They were also charged with evading arrest and the 15-year-old was charged with reckless endangerment.