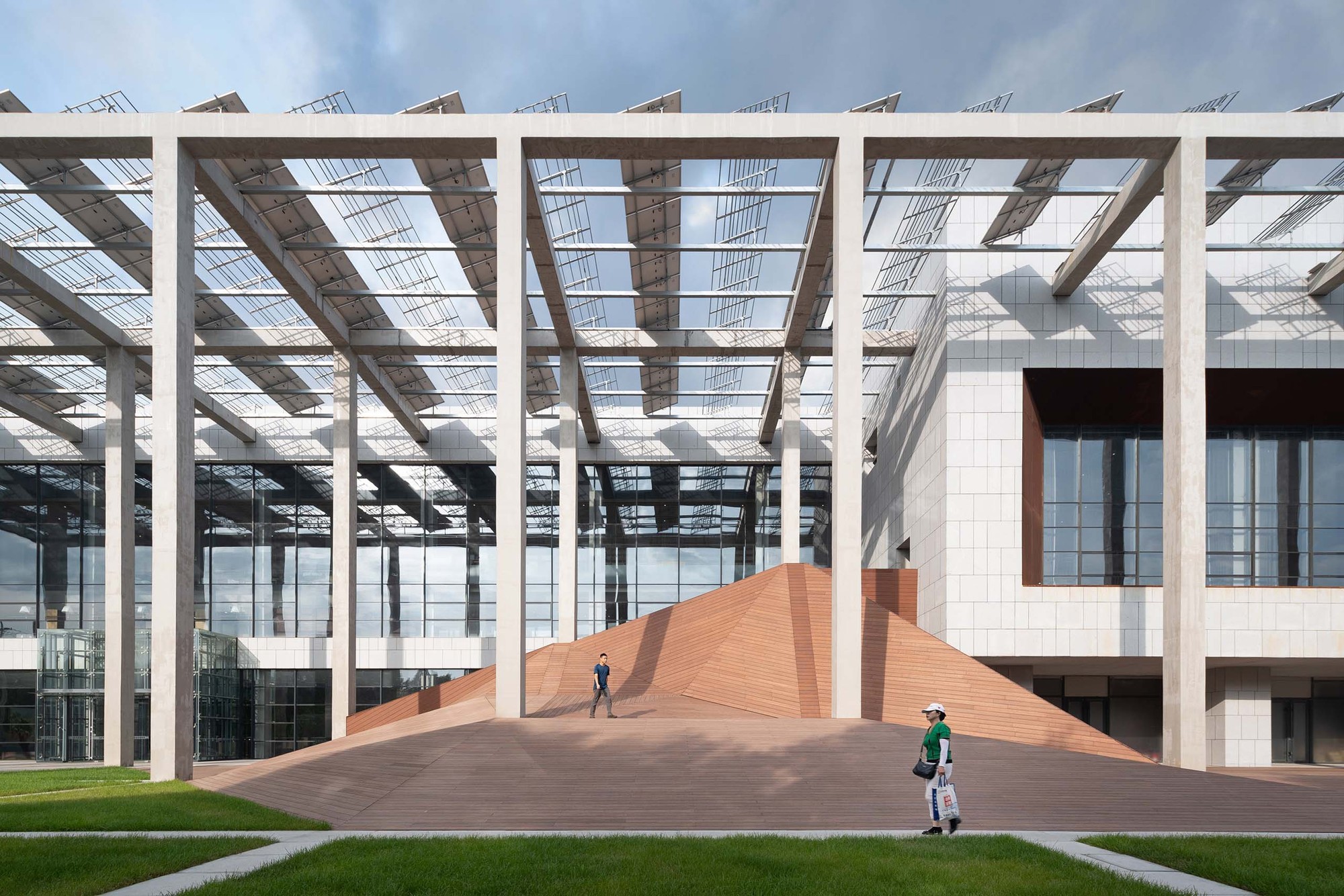 Text description provided by the architects. Located in a financial new town in the suburbs of Shenyang, this planned 5,000 square meter community center is part of commercial land that will house 50,000 square meters of future development. Our research program discovered two disadvantages: 1. this new developing area does not have a sufficient population to support large amounts of retail; 2. It is very questionable how to make a typical mall competitive. After a discussion with the client, we both agreed that this mall had to be something special. Thus came the idea of ​​using a botanical garden to energize the space. The client was very enthusiastic about the proposal and commissioned URBANUS to design the entire 50,000 square meter project, rather than a single community center. After analyzing various potential business models in this area, an innovative layout emerged: a greenhouse was used as the center of all programs to attract visitors and start-up businesses.

Due to the thermos protection, the greenhouse is not completely covered with glass and its partially solid roof provides social space for communities on the upper floors. This model could be an attractive typology, however, it is not very common in reality for several reasons:
1. For real estate developers: the greenhouse would devour FAR.
2. For the Department of Government Buildings: the greenhouse would extend beyond the footprint coverage.
3. For the Government Landscape Office: Greenhouse greenery would not be counted.
Fortunately, this neighborhood is an experimental area that allows reasonable negotiation on existing codes. The proposal is ultimately approved by the government due to its potential benefits for public space.

This project was born during the 2020 Spring Festival. The keyword during the pandemic era was “quarantine”, which also sparked the desire for community gatherings. It took less than four months from schematic design to construction documents.

The layout of the site. The east side of the lot is the main entrance road to town. The length of this side is more than a hundred meters long, so the logic is that a long unified street wall is more powerful for the design of the image than scattered volumes. Additionally, this is the first phase of the project, and there is a need to retain the land for the second phase greenhouse to the west, therefore the community center is set within the narrow north-south boundary on the side East. No basement is designed due to the intense schedule.

The main facade. The facade is designed to display interior programs. Three community scenarios are presented here: first, a linear library with reading tables as well as windows. This library would light up the street on long winter evenings. Second, a community multifunctional room with its window as a large frame to exhibit its interior activities. Third, a reception room with a small greenhouse garden. The three sites will become the components of the street wall.

The front seat. Defined by the extended column grids, the square is not only used as a ceremonial gathering space, but also serves other public activities, with a mountain-shaped playground.

The index that synthesizes these scenarios is the greenhouse concept. Be grateful to the vertical green system which has started to become a mature enterprise in this field, nature is introduced into each program, and in return, the project can be a good example to promote the vertical green industry. There are three paths from the ground floor to the second floor: the staircase to the east which synchronized with the external staircase can lead to the reading area on the second floor; through the bamboo forest of the west atrium, the conference area on the second floor can be reached; on the south side, an art gallery, whose triangular atrium could also make the upper floor accessible.

For the space that has no conditions for real greenery, graphic design is applied instead of real plants. The painting of the French painter Rousseau inspires the design of our wallpaper and carpets to have the motif of the interior of the wild world. We hope that the future greenhouse will not only be visual, but also sound, olfactory and gustatory. The green design of this project not only expresses an intention to build a greenhouse in northeast China, but also a wish to create a warm community with a greenhouse.